For the very first time Lithuanian design was presented in the 25th Biennale Interieur in Kortrijk, Belgium.

October 14-23, Kotrijk city located in the Flemish part of Belgium, has become a mecca for design industry. The event is being held since 1967 and the list of curators highlights some well-known names as well: Raymond Loewy (1970), Philippe Starck (1986), Dieter Rams (1992), Jasper Morrison (1994).

Traditionally, commercial activities this year were concentrated in Kortrijk Exposition Center and young designers’ works were exhibited in the city center. Total event exhibition area was ​​up to 40 thousand. sq.m.

Each year this event attracts more than 100 000 visitors and 22% of them are international audience.

The project is a part of DESIGN LITHUANIA 2016 exhibition cycle which is partly financed by the Lithuanian Council for Culture. Organizer: Lithuanian Design Forum. 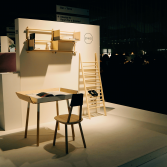 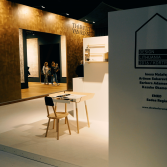 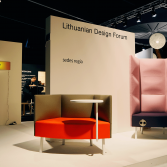 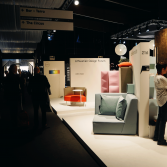 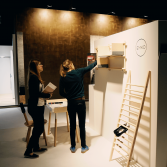